Facsimile of the first Pharmacy graduation photograph (University of Barcelona, 1901)

The Royal Academy of Pharmacy of Catalonia owned only a small fragment of the graduation photograph of the very first generation of pharmacists. It is very likely that it was deliberately cut during the civil war, due to the republican statement it showed. On the right, an enchained code of arms of the Generalitat de Catalunya says: Any 1887 de la pèrdua de les nostres llibertats, (“1887, year of the loss of our freedom rights”).
The Royal Academy recently new about the existence of a complete issue of this graduation photograph, owned by a private collector, and hence from this issue they decided to command a copy.

Two issues of the first generation of Pharmacy graduated students of the University of  Barcelona (1901).  Left: mutilated issue, without the decoration on the edges. Right: complete issue, with foxing spots and tide lines.

The fragmented document had tears and major a loss: almost all the board, whereas the complete one had tidelines on the bottom edge, a part from foxing.

With the “digital restoration” we can remove any sort of damage without much difficulty: foxing, stains, tears disappear magically with only a few clicks! (certainly different from a real conservation treatment). The digital issue was obtained taking a photograph in a raw file on high resolution. This raw file was digitally restored (or retouched) with the appropriate software (Photoshop), and high quality printed afterwards on a mat paper. In order to get major similarity to the original, the central photograph with the students was printed separately on a glossy photographic paper, and pasted onto the mat paper. 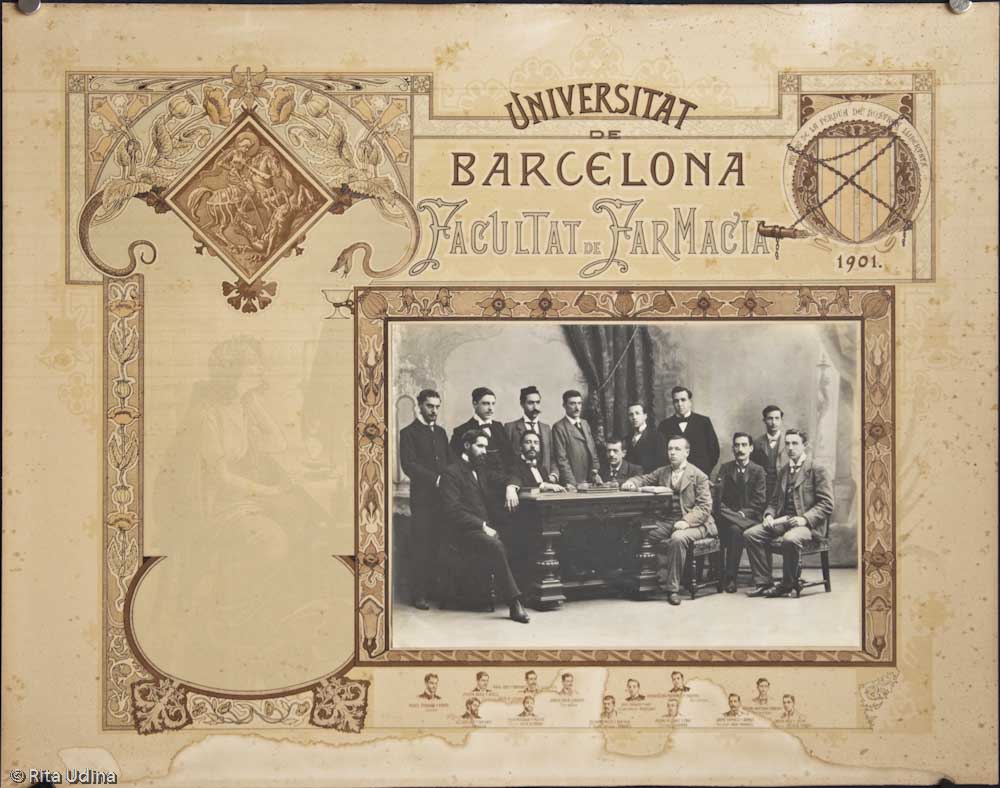 Complete graduation photograph, with tide-lines on the bottom edge, and foxing spots.

Facsimiles -also called original copies or reproductions- are a very good solution when we want to provide an object with the availability that its condition state or unique character would never allow them. Going on exhibition or being handled by regular users, for instance, would involve a risk of serious damage, therefore the limited availability. In this case, there is no object at all in the collection of the Museum, and the goal is to have a reliable record of it. A facsimile is divers from a forgerie only in the fact that there is no intended will to make others think it’s an original, but there is of course the will to make it the most similar possible. Facsimiles usually reproduce damage: tears, losses, etcetera. In this case, tough, the facsmile reproduces the object, but not its ageing… advantadges of digital technology! 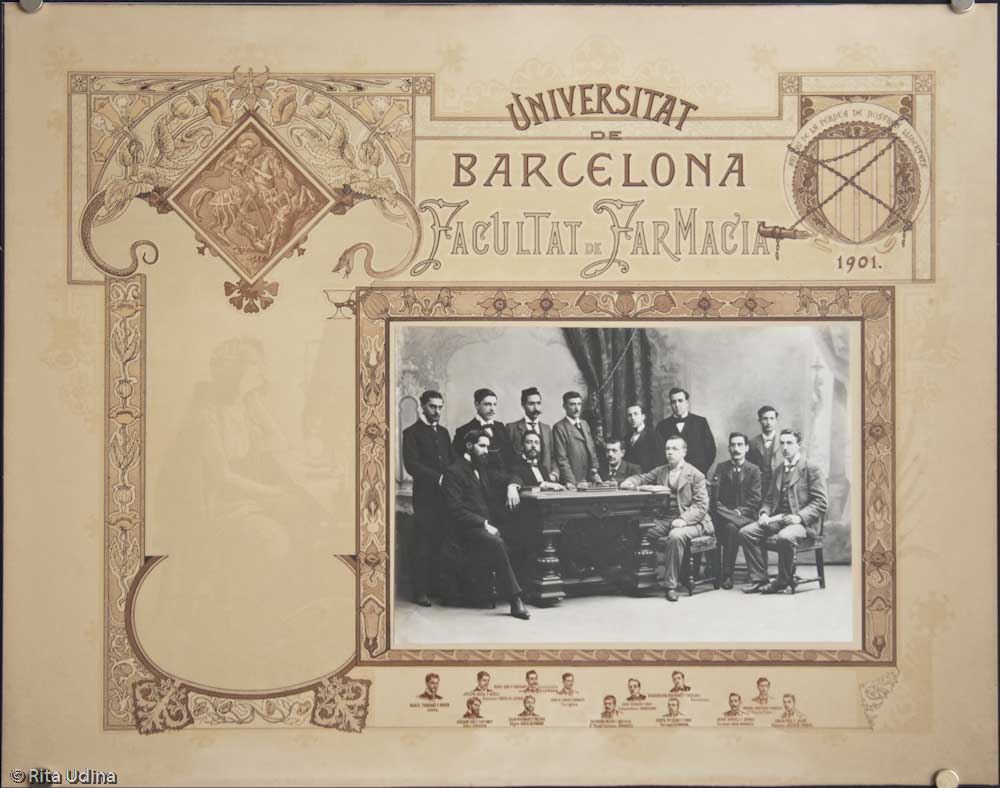 Reproduced graduation photograph, in which tide-lines and foxing stains have been digitally removed.