The book from the notary of Esparraguera (1827) was severely damaged by mould. To the extent to suffer remarkable losses on both folios and covers. The remaining folios were so weak that discouraged even a most careful handling. 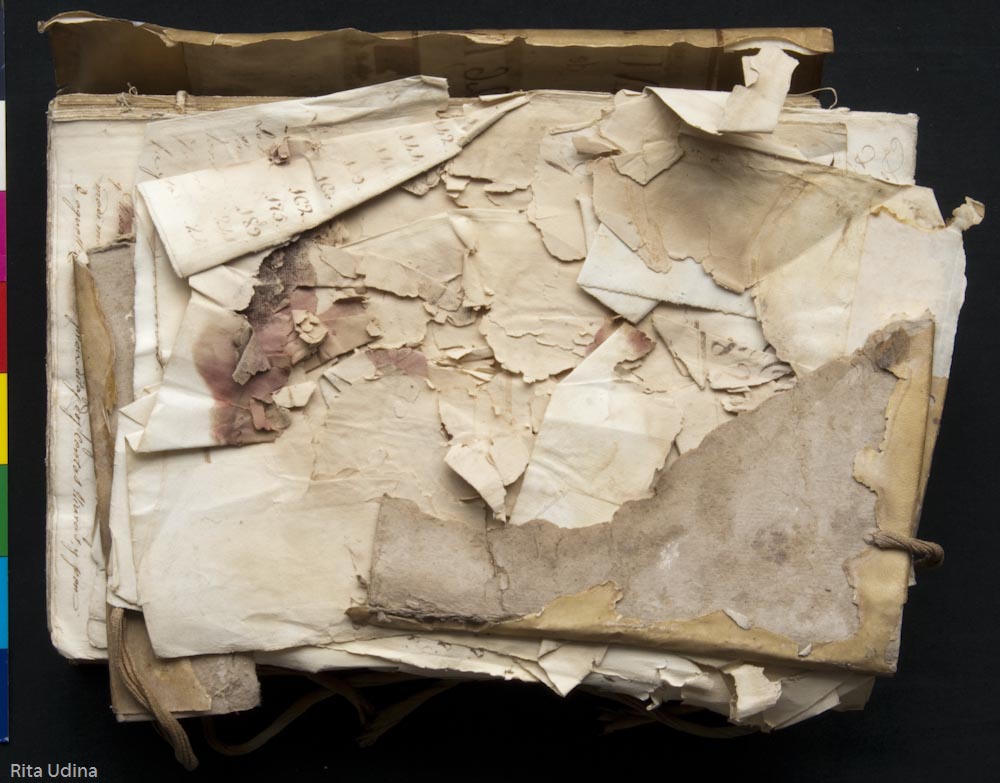 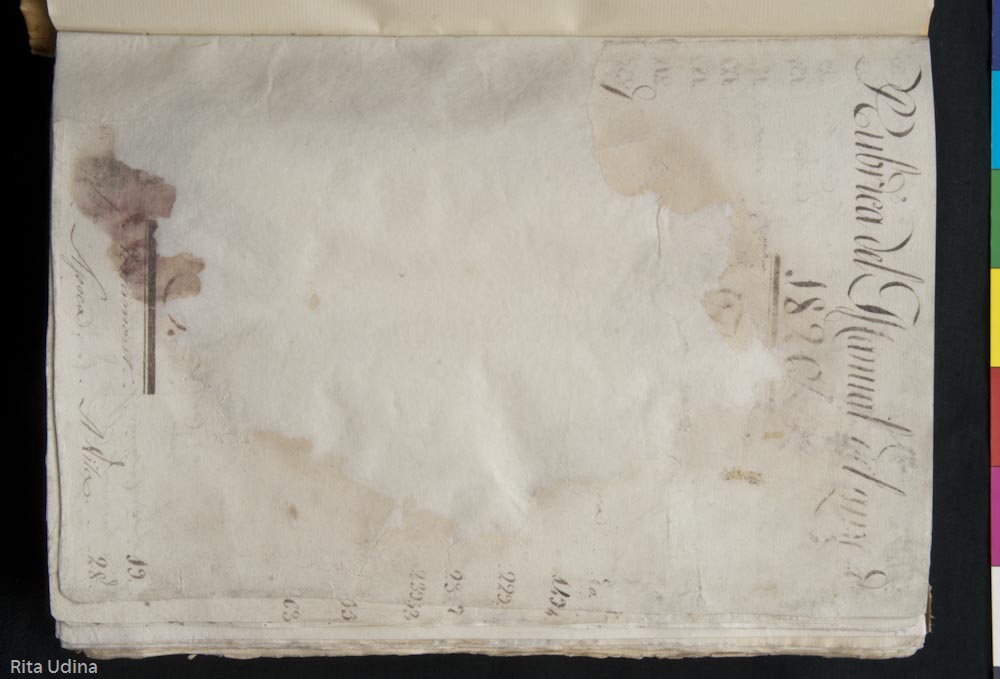 Unfortunately the losses due to mould attack are quite an irreversible damage. The worse effect being the weakening of the chemical structure of paper, It’s a not so evident damage at first glance but dramatically tangible when it comes to handling.
The folios (or what was left of them) were reinforced lining the most damaged and infilling the losses. 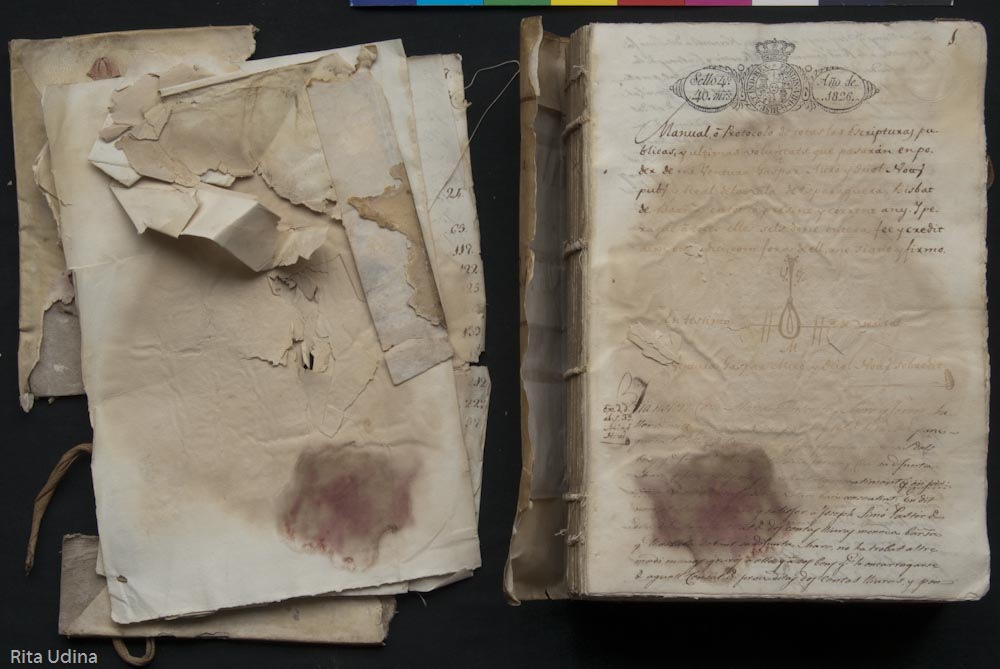 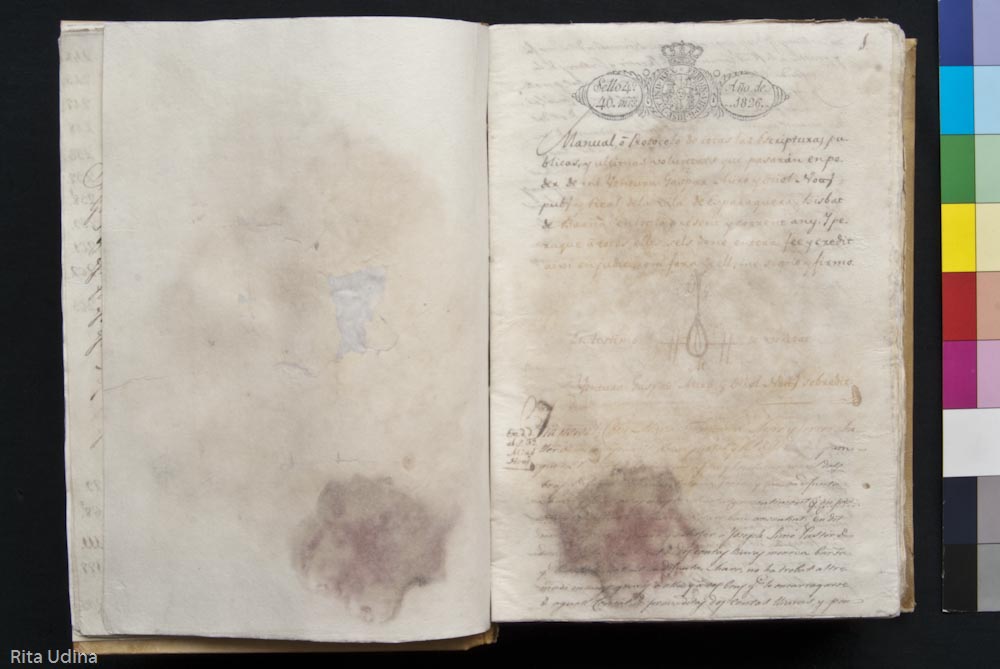